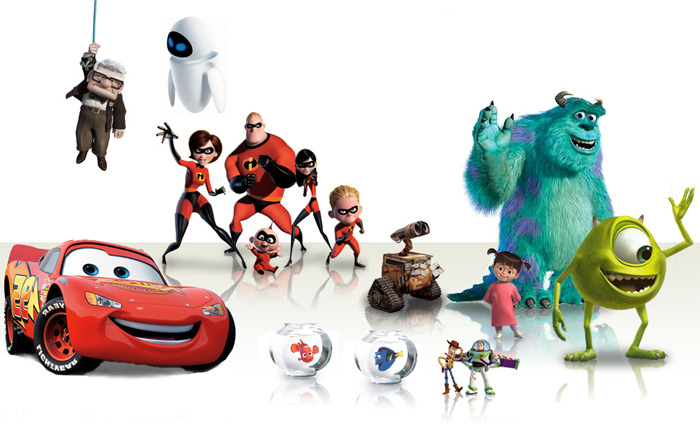 It’s been known for a while now that Pixar movies have featured references to their other films – for example, the number A113 in some scenes is a tribute to the classroom used by graphic design and character animation at California Institute of the Arts.

And this week a Disney video (below) seems to reveal that these references are not just ‘easter eggs’, but confirmation that all Pixar characters exist in the same universe.

The video contains 16 references to characters from other films that appear fleetingly in other films. For example, the protagonist girl in 2015’s Inside Out appears among the audience at the aquarium in Finding Dory (2016). One of the dinosaurs of The Good Dinosaur (2015) can likewise be seen in Inside Out .

The local Pizza Planet truck appears not only in all the Toy Story films, but also shown in a scene from A Bug’s Life (1998). And bugs in A Bug’s Life are seen in the toy store in Toy Story 2 (1999).

These recurrent easter eggs have long been the subject of much speculation.

In 2013, blogger Jon Negroni developed a long essay titled The Pixar Theory that ended up becoming an internet hit.

In his article, Negroni postulated that all Pixar films were within the same universe. According to his theory, talking animals – as in A Bug’s Life and fiding Nemo – and inanimate objects that come to life – like toys in Toy Story or Cars – have their origin in the magical blue glow Merida in Brave and Zero Point energy (artificial intelligence) developed in the 50s in the Incredibles .

Negroni argued that the 18 films (as seen by that date) from Pixar include a timeline that begins in the fourteenth century – Brave – and extends until 4500, when the animals have evolved into “humanized” monsters that are seen in the Monsters, Inc. films.