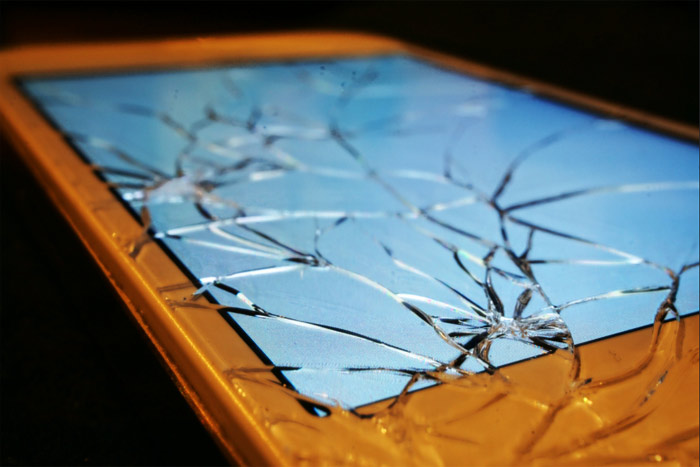 Replacing a cracked screen on your smartphone – or simply putting up with it – may be a thing of the past now that a team of Japanese researchers have created a new type of glass that can repair itself.

Led by Professor Takuzo Aida of the University of Tokyo, the new material is made of a lightweight polymer called “Polyether-thioureas” that re-forms itself when pressed for less than a minute.

While self-sealing screens have been manufactured in the past, this polymer does not require those technologies’ requirement to re-form at temperatures around 120º C. This new material simply needs to be pressed together for 30 seconds at a comfortable room temperature of 21ºC.

The polymer was discovered by accident while graduate student Yu Yanagisawa was working on the creation of a new glue. The student accidentally cut the surface of the material and then noticed the edges of the broken surface were sticking together again.

Repeating the process, the student determined the polymer not only “healed” itself, but also recovered its original firmness within a couple of hours.

Researchers hope the repairable glass will become a new environmentally friendly material that won’t need to be thrown away when it breaks.

The Slim TWO smart toilet seat offers a smart sensor, heated
Apple has revealed what many iPhone owners already suspected - it's slowing
Get up to 4 hours of instant power, on the go, with
Quickly add a bracelet holder's account ID to a smartphone by passing
NeuroPlus brain-sensing headset and brain-controlled video games shown to improve ADHD symptoms
Go to Top