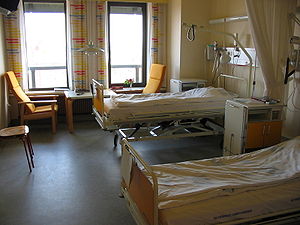 Health care is always a heated debate in the US and now it will come to the forefront once again as the Commonwealth Fund has just completed a study that shows the US is last in both the cost of the health care per person and the level of care that each person receives.

According to the study, US citizens pay nearly $8000 per year which is more than double what the citizens of the six other developed countries spend per person each year. The leaders of the Commonwealth Fund say that this should be a wake-up call to the country as it struggles with the healthcare reform issue.

Furthermore the study concluded that the US ranked last in the quality of care that each person receives. Among the part of this study: Quality, efficiency, access to care, equity and ability to lead long and productive lives.

They study concluded that the US healthcare system was poor in the area of primary care and after hours care. As part of this study they reviewed cases from emergency rooms around the country. They found that US citizens wait an average of five times longer for necessary care when they seek care in an emergency facility.

The lack of access to care is also bothersome to most who support healthcare reform. More than 46 million people in the US have no or limited access to the healthcare system because they are left without insurance. This number, according to the study leader, is the most unfair of any of the countries that were polled.

These numbers are hard to put into real data for the government according to some sources. Americans have a much higher rate of obesity making proper care much harder to offer than in other countries.