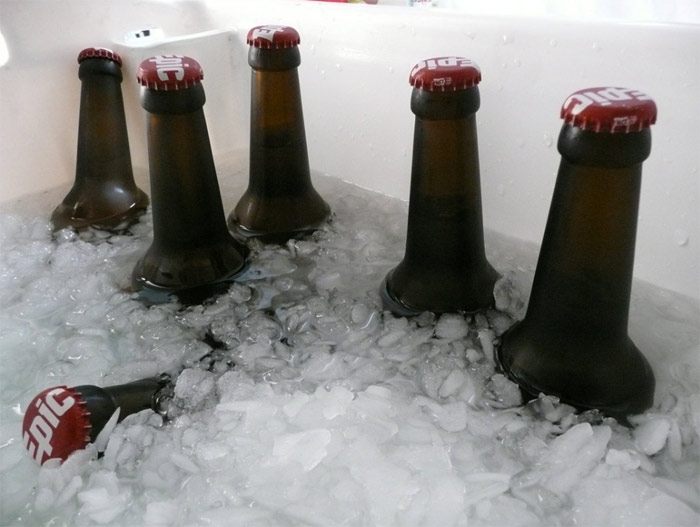 Public alcohol consumption was banned this year during the New Year celebrations on New Zealand’s Coromandel Peninsula, so a group of friends decided to build their own island.

The friends constructed the sand structure during the afternoon of December 31st when the tide was low and then set up a picnic table and brought a cooler.

Joking that their new island was now in “international waters”, the group figured they were exempt from the the liquor ban and spent all day drinking before finally welcoming in the new year watching a nearby fireworks display.

Violating the liquor ban could have resulted in arrest or a fine of $180 USD, but the local authorities seemed to have been amused by the initiative.

Local police inspector John Kelly described the construction as creative and admitted he probably would have joined them to celebrate the new year on the island.

A group of revellers have built a sand island in an estuary in an apparent bid to avoid a New Year’s Eve drinking ban. #9News https://t.co/RcpCJaiLy7