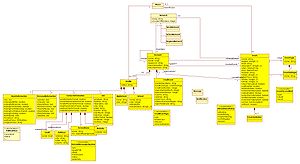 Until now, Facebook users have received ads from companies that are standard and non-specific to their locations. With the new technology that Facebook is creating companies will be able to target their ads to a specific location for the users, making the ads more relevant and easier to use.

Facebook CEO promised at a recent industry conference that these new settings are very close and soon they will be able to target the location of the user and then allow for the targeted ads to be delivered.

Facebook has more than 500,000 customers and has become a staple of the marketing world. Because of the ease of use of the site marketers and companies from around the globe have started launching massive advertising campaigns that are specific to the site itself. They are reaching millions with a few simple ads.

This new announcement comes shortly after the Palo Alto, California Company was attacked for its privacy practices. Several trade and consumer groups filed complaints with the Federal Trade Commission about those practices. In response Facebook changed the way that users can set their privacy settings and control who can see what information from their profiles.

Mark Zuckerberg said during his speech that those who filed the complaint had “legitimate” concerns and the steps taken by Facebook to correct the problem were meant to protect the half a billion users of the site.

“My brother is only 9, so I was very impressed he brought this idea to me,”