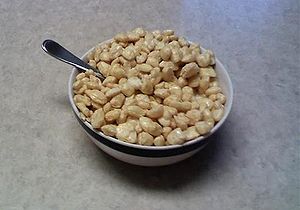 The world’s largest maker of breakfast cereal has decided to voluntarily recall several of its popular products. The recall is due to a strange odor and taste coming from the products.

The company has released a statement saying that there is no danger to the consumers who have eaten the cereal and they are taking proactive and preventive measures to solve the issue.

Kellogg’s started receiving reports that many of their cereals had an off flavor that was accompanied by a foul odor. The company reports that recent changes in the manufacturing process may have prompted the issue but states that no one is going to get sick or that any danger is present.

This is a rare occurrence for the cereal producer who has been in business for nearly one hundred years. They have never had a mass recall since they started producing cereal products and look to get this taken care of and get the products back on the shelves in a short period of time.

The only products that are affected by this recall are those that bare the mark “KN” following the “better if used before date” on the package. The products include Apple Jacks, Corn Pops, Froot Loops, and Honey Smacks. The company has said that only the products that have the “KN” mark are affected and that they are being pulled from the shelves immediately.

There have been recent reports by some consumers that nausea and diarrhea are being caused by the product. The company has stated that this is likely due to the odor of the cereal, the cause of which has yet to be determined, and is not in any way dangerous. Still they are suggesting that consumers do not consume the cereal but instead return the package to the store where it was purchased.