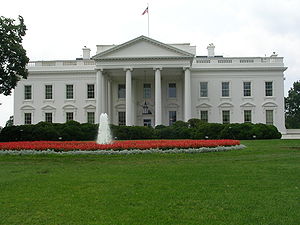 According to reports in The Sun newspaper, a UK teenager was banned from entering the United States of America for life after sending emails to the White House which directed obscenities at U.S. president, Barrack Obama.

Angel was reported to have sent the email to the White House after watching a television show about the 9/11 terrorist attack. He criticized the U.S. government in the email and allegedly spewed obscenities about the president.

Joanne Ferreira  of the U.S. Department of Homeland Security stated that a person can be banned from entering the United States for about 60 different reasons, although she refused to divulge specifics.

Ferreira said, “We are prohibited from discussing specific cases.”

Commenting on the developments, Luke Angel, 17, said “I don’t remember exactly what I wrote as I was drunk. But I think I called Barack Obama a p***k. It was silly — the sort of thing you do when you’re a teenager and have had a few.”

Angel felt that the United States’ actions were a little extreme. “The police came and took my picture and told me I was banned from America forever. I don’t really care but my parents aren’t very happy” said the college student from Bradford, England.

A spokesperson for the Bradford Police has confirmed that no criminal charges will be pressed against Angel and that authorities have already spoken to him about the email.

WASHINGTON – U.S. President Obama is showing his commitment to promoting the use of solar technology