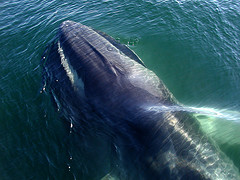 The International Whaling Commission has failed in its efforts to limit the whaling activities of three nations, Japan, Iceland and Norway. This failure has put other countries in a bind as they look for a way to keep the three whaling countries from running the oceans unchecked and possibly bringing about a complete extinction of some whale species.

Japan is one of the nations that rely heavily on whale based products. They have been hunting whales for hundreds of years and continue to be one of the staunchest in their opposition to the limits placed on whaling. However, they have said during recent meetings of the commission that they are willing to be flexible should the body reach an agreement.

That is where the problem comes in. The International Whaling Commission is unable to reach a unified decision on yearly catch numbers and the areas where the countries may hunt whales. This has lead to a complete breakdown of the talks as well as a stalemate in the entire issue.

The major concern at this point for the US is how some of the ships are simply running the ocean unchecked. They are even taking advantage of certain protected areas and slaughtering whales living in sanctuaries around the hunting grounds.

The fear is that South Korea will get involved in the whaling game since they have expressed interest in exporting whale based products. This has caused several countries, including Australia to take a complete hard line approach to the matter. They have worked hard in recent years to put a complete ban on the hunting of whales all over the world.

The talks with the commission are set to restart in one year. As such they hope that some kind of agreement can be reached that will help protect the population of whales as well as keep diplomacy open with Japan and other countries.