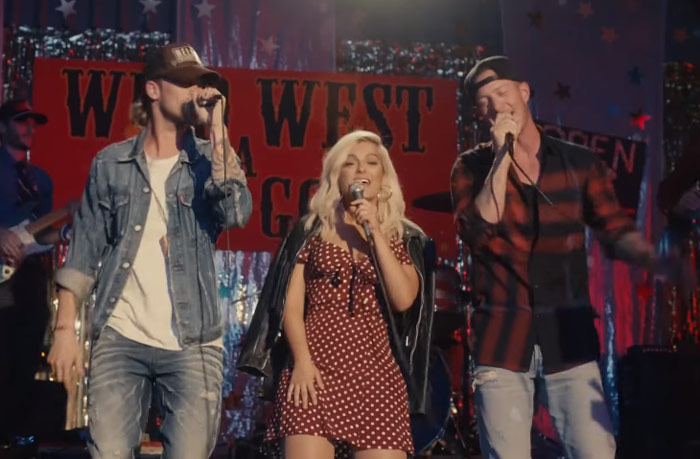 Measuring all digital audio and video streams worldwide, the achievement proves once again that good vibes and great music are truly a universal language. Penned by FGL’s Tyler Hubbard and Rexha alongside Josh Miller and David Garcia, “Meant to Be” holds the No. 1 spot on the Billboard Hot Country Songs chart for the 26th consecutive week, surpassing FGL’s own “Cruise” for the second-longest reign overall.

With this impressive No. 1 streak, the 3X PLATINUM-certified hit continues to make chart history with previous feats including FGL’s first No. 1 Hot County Songs debut, marking the third No. 1 debut for the chart ever, and Rexha becoming the first solo female to debut at the top spot. Remaining a fixture on both Pop and Country radio, the song’s free-and-easy music video has racked up over 430.9 million plus YouTube views.

New tunes from both Rexha and FGL are on the way. For Rexha, her highly anticipated full length album, EXPECTATIONS, will be released on June 22. And for FGL, the superstar duo revealed via social media that they’re currently approving mixes for their fourth album.

After breaking down genre barriers last year with THE SMOOTH TOUR 2017 – the stadium-filling run featuring special guests Hip-Hop icon Nelly and Pop idols Backstreet Boys – FGL has a jam-packed schedule of festival dates this summer. The duo is tied for the most nominations going into the CMT Music Awards with four nods, including two with Rexha for Collaborative Video of the Year and the coveted Video of the Year trophy, in addition to Duo Video of the Year for “Smooth” and 2018 Performance of the Year with Backstreet Boys for “Everybody” from their high-rated CMT Crossroads episode.

Airing live from Nashville on June 6 at 8/7c, fans can vote online now

Later in the week, FGL joins the annual CMA Fest for a headline performance at Nissan Stadium on June 10.