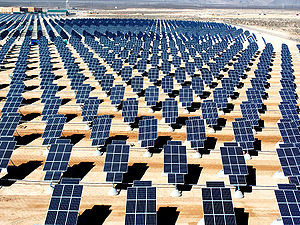 The Solar Electric Power Association (SEPA) today hailed the release of a first-of-a-kind report that shows empirical evidence for the potential for job creation by utilities integrating solar power onto their electric grids. The National Solar Jobs Census 2010, conducted by The Solar Foundation and Green LMI with technical guidance from Cornell University, is the first comprehensive study of solar labor market conditions.

“This report sends a clear message to utilities and solar companies alike,” said SEPA President and CEO, Julia Hamm. “Solar power will be critically important to utilities interested in creating jobs and supporting their local economies.

“With the current economic environment in the U.S. and the need for job creation across the country, now is clearly the time for utilities and solar companies to work together in order to realize the potential employment growth illuminated by this report.”

Herig noted that the data in the study could help utilities answer difficult questions from state regulators regarding economic development from investments in solar power.

“Utilities proposing profitable solar business models to their regulators now have empirical data to justify their economic development claims,” said Herig. “That development is critical to offsetting the initial capital investments that may be higher for solar power than more traditional sources of generation.”

That economic development could, in turn, lead to new local industrial capacity and new sources of revenue for utilities that integrate solar power into their grids. The solar jobs census presents a clear picture of the economic growth and job creation that could be spurred by solar power in coming years.

The census measured solar labor market conditions across all related industries, but the potential for growth in the utility sector is particularly dramatic.

Specifically, the census responses for 24-month occupational expectations (the employment in certain job categories during the next two years) show that utilities expect the following:

The Solar Foundation’s National Solar Jobs Census 2010 was sponsored in-part by SEPA and the Solar Energy Industries Association (SEIA). The full report will be available on SEPA’s website at www.solarelectricpower.org/resources/reports.aspx and at www.thesolarfoundation.org.