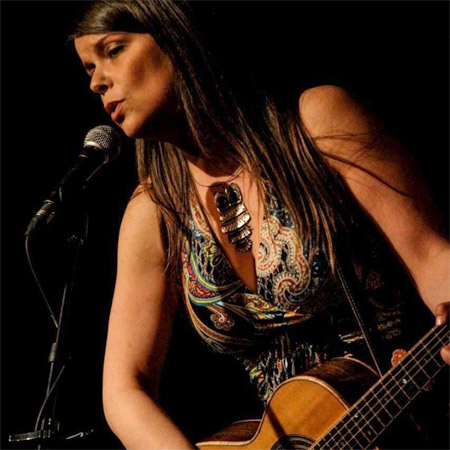 RELEASE — If the voice could manifest itself as an instrument, then Jen Lane is a vintage Martin in a pair of old Nashville hands; the sort that has played with everyone, yet slinks in the background, making everyone they play for sound amazing.

It’s a voice that envelops you, puts its warm hands round your soul and lifts you up.

“Waitin For You”, the opening track of Jen Lane’s latest album “This Life of Mine”, blows in like a sweet summer breeze with vocals soft reminiscent of some of country music’s best; soft and sweet like Alison Krauss with that beloved folk/bluegrass style that is so often forgotten in the likes of country music today.

The song exudes warmth from the start, a contemporary country sound with an old-school country intimacy. Opening with an understated solo riff, a shy guitar introduction before the soothing main vocals lead listeners in to feel the music’s warmth. “Waitin For You” quickly builds part by part, with percussion and background vocal, a family conversation at the dinner table, each voice fitting between and around the others, sharing stories and trading memories.

Jen Lane “This Life of Mine” has produced 6 successful singles so far including “Shoe”, “Movin On”, “This Life of Mine”, “My Man”, “Never Try To Love You”, and “Happy”. Lane was nominated for a 2017 Western Canadian Music Award for Roots Solo Artist of the Year, nominated for a Saskatchewan Country Music Award for Roots Artist of the Year, and has been selected to perform at MerleFest in North Carolina in April 2019.

Lane toured from coast to coast numerous times to promote “This Life of Mine”, which charted on National College Radio for over 24 weeks, including reaching #1 on the National Earshot Folk/Roots chart. It also garnered substantial radio play on Commercial Country, CBC, and Satellite Radio, and she performed on dozens of television shows across the country.

Soulful and honest, country and rootsy, Jen Lane has created a career of diverse and emotional song writing. Her latest album, This Life of Mine, is not only a continuation of that career, but a bold step forward, an album that deserves to take a place as a contemporary Canadian country classic.

To learn more about Jen Lane: