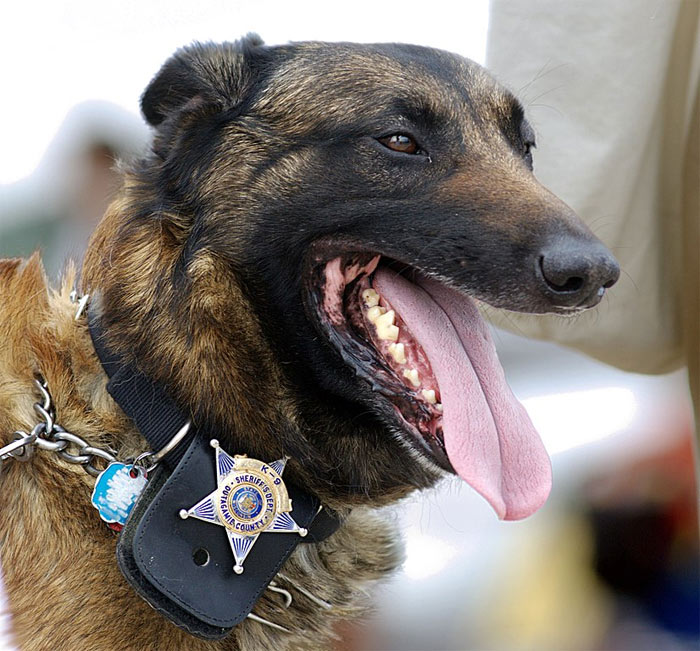 Blue Line Innovations, LLC has announced the release of its K-9 360 camera system, the world’s first 360° body camera designed for law enforcement and military K-9 use.

The harness-mounted camera provides a full 360° view of the situation around the K-9 and handler at all times while having a low profile that enables the canine to enter tight spaces while transmitting what it sees and hears.

Its handler can monitor the dog and the suspect’s activity, location and the apprehension in 360° video, while monitoring the search live via Bluetooth or Wi-Fi connection on a mobile device. With up to 12 hours of operation time and 4 hours of continuous record

The K-9 360 – which also utilizes Fortify™, Blue Line’s case and evidence management – is being promoted as benefiting public safety and humanitarian K-9 events such as building and vehicle clearance, search and rescue, border or facilities patrol, and counter narcotics and article searches.

“The secure harness mount location provides an unobstructed 360° view of an event from the K-9’s perspective,” said Mark Hutchinson, founder and CEO of Blue Line Innovations in a release. “And, canine handlers agree that the K-9 360 camera is a revolutionary field training tool.”

Blue Line Innovations will be showing the K-9 360 and other 360° law enforcement and surveillance solutions at the Alabama Chiefs of Police Conference in Montgomery from February 26th to March 1st, 2018.

Available for free, the SitterAdvantage babysitter app offers emergency help incl. important
Scientists in Argentina have announced the discovery of Ingentia prima, the first
A collaboration between Analytical Graphics Inc. and Thoth Technology advances state-of-the-art for
As advancements in connectivity and miniaturization of electronics are made, smart sensors
Birds of prey may have harnessed fire before humans did.
Go to Top